As HE’S A LADY opens, 11 men temporarily leave behind their wives and girlfriends for a chance to win a quarter-million dollars.  The guys think they’re going to be on a show called All American Man, competing in grueling physical and mental challenges.  But the catch is more than they ever imagined: The guys will actually be transformed and given the chance to see what life is like as a lady, with one man winning a huge prize in the end.

The following is a complete list of the 11 men who have chosen to give up their manly lives (temporarily) to experience life as a lady:

Each week, the competitors learn something new about what it’s like to live as a lady, from dealing with bras and jewelry to bonding with real women in typically all-female activities.  They are then judged by a celebrity panel, including  Morgan Fairchild (The Seduction), John Salley (The Best Damn Sports Show Period) and Debbie Matenopoulos (Good Day Live).

Weekly challenges for the competitors include learning how to walk, talk and dress like a lady, followed by going out in public to find out how convincing they are; learning to flaunt their new attitude with training from supermodel Frederique; planning a real wedding and then being asked to serve as the bridesmaids; and finally, completing a “lady of the house” challenge back in their hometowns, where the guys must remain in character in front of family and friends in the absence of their wives and girlfriends.  During their hilarious and heartwarming quest, the competitors will live in “The Doll House,” a beautifully decorated dwelling designed to help them get in touch with their feminine sides.

The series climaxes with a beauty pageant, where the competition boils down to the quarter-million-dollar question:  “What, as a lady, have you learned about being a man?”  The judges will then select the best man in the group, based on a variety of criteria.

Morgan's Hollywood Bowl debut on Friday, June 9, 2004
where she sang the theme from 'The Love Boat'
as part of a celebrity cast at the Hollywood Bowl's TV Night 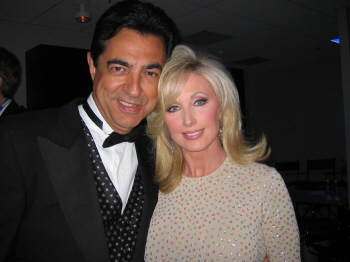 Produced in cooperation with the Academy of Television Arts and Sciences Foundation.

Over the May 1st weekend, Morgan attended the White House Correspondent's Ball as a guest of Alan Colmes of Fox News.  Check our photo gallery for photos.

In the fall of 2004, Morgan filmed the independent film Knuckle Sandwich.  The film was singled out for the top prize in the first contest of a quarterly film submission on MaySpace.com by Westlake Entertainment and is set to street on DVD from Westlake during first-quarter 2007. Westlake also retains international and broadcast rights to the title.  Knuckle Sandwich director Ryan Miningham and producer John Fordham spent seven-figures on the comedy film’s budget and attracted name talent, including Morgan, Brooke Burke and  John O’Hurley.  “This is a tremendous opportunity,” says Knuckle Sandwich producer Fordham. “Since we made the film a year ago, we have actively been trying to find an innovative distributor with an outside-the-box approach. The team at Westlake has been extremely professional, and I am excited to see how we can work together to make it profitable for both of us.”

Morgan participated in a special 10th anniversary commercial for Old Navy, which is currently airing.

A&E Network presents the World Premiere of its new 4-part series about the powerful communications tool of personal correspondence.

What did they really mean? What was the context? Who was the recipient? Humorous, sad, powerful, historic, twisted, returned to sender or maybe just plain goofy – letters are perhaps the most natural form of expression known to mankind. Robert Downey, Jr. hosts A&E Network’s new four-part series Between The Lines.

The series premiere episode, “Inside the White House” on January 16, examines the correspondence of some of the most powerful and influential men and women in the world – American presidents and their first ladies. On January 23, we’ll hear some of the most provocative missives ever composed, as “Secrets and Lines” shows how some letters written in the face of death may provide new clues about a tragic event; on January 30, BETWEEN THE LINES goes “Personal and Confidential,” tearing open letters that take us deep into the souls of the people who wrote them; and on February 13, we’ll hear about “The Power of the Pen,” how letters can ignite a heart, dash a dream or speak from the grave. 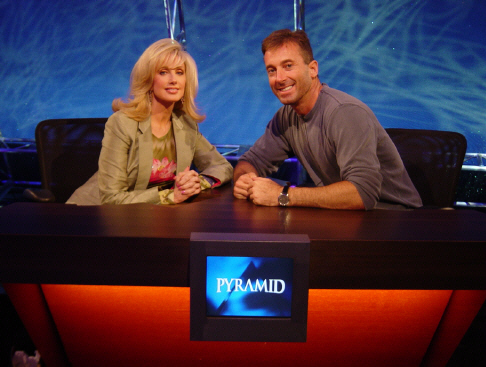